Gamut inc is an ensemble for custom-made computer-driven mechanical music-machines, founded by computer musician Marion Wörle and composer Maciej Sledziecki, based in Berlin. The music is on the edge between noisy drones and harmonic patterns.

So far gamut inc played at different festivals for contemporary and experimental music in Germany, Poland, Lithuania and Norway and clubs – including Berghain/Berlin. gamut inc received comissions for new compositions by reihe m/Cologne, Konzert des Deutschen Musikrates, Acht Brücken Festival 2014/Cologne or New Music Festival 2016/ Gdansk. In January 2015 they released their debut vinyl EX MACHINA. 2013 they got funded by the Kulturstiftung des Bundes to build music machines, modeled after early musical instruments, but computer-controlled. Since 2012 they are developing within the frame of the AVANT AVANTGARDE festival together with the instrument builder Gerhard Kern music machines, modeled after early musical instruments, but fully automated and controlled by computers. All of the instruments can be played independently and acoustically, but can also be controlled by computer. Their focus lies in sonic textures – for that purpose they have developed specialized software to control these machines live. Further on they use different forms of live-generated music-scores to enable different degrees of composition and live-improvisation between the machines, electronic treatment and sound.

«Our aim was not to create an orchestrion that replaces musicians, but rather to merge the digital with the analogue and create sounds that appear electronic by acoustic means. The differences between acoustic and electronic blur.» 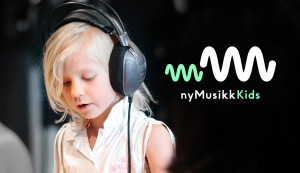