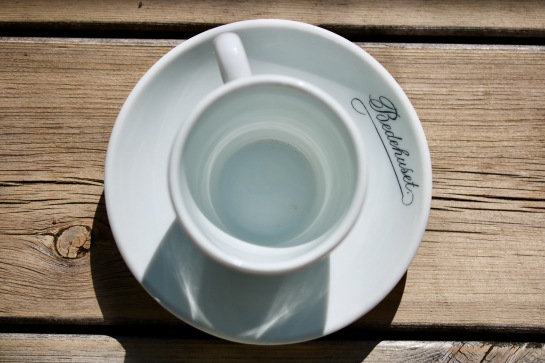 On Wednesday, Feb. 19, 2020, nyMusikk in coordination with the Grieg Academy will present the recording launch of Dániel Péter Biró’s composition cycle Mishpatim (Laws) in Gunnar Sævigs sal at at 18:00.

The Mishpatim (Laws) composition cycle, written in the years 2003-2016, is now available as a double SACD recording, produced in coordination with Noa Frenkel, Ermis Theodorakis, the Ensemble Surplus and the Experimentalstudio, was recently released by NEOS Music. The composer will present a short lecture about the cycle playing musical examples from the new recording. Snacks and drinks will follow.

Background
In 2001, Dániel Péter Biró began to employ Hebrew number symbolism (gematria) for compositional means. As each letter in the Hebrew alphabet possesses a numerical value, gematria is the calculation of the numerical equivalence of letters, words, or phrases and, on that basis, the exploration of the interrelationship between words, ideas and, in this case, musical sounds. In this composition cycle he employed the Hebrew Bible text Mishpatim (or “Laws”) Exodus Chapter 23, a set of laws that do not seem to be organized in any logical pattern. Writing first a piece for percussion, BeMitzraim (In Egypt), he created a system in which all of the sounds, rhythms, spoken words and numbers are determined by the Hebrew text and accompanying cantillation signs of the corresponding Hebrew Bible text.
Out of this composition grew a larger work for solo percussion, voices and ensemble, the first movement of Mishpatim (Laws) Part 1 – Lo Tisa (Do Not Accept). Written for the Ensemble SurPlus, the first movement of the cycle was performed at the Akademie Schloss Solitude, Germany in 2003. In 2006, he completed Mishpatim (Laws) Part II – Veshesh Shanim (And Six Years). This composition, commissioned by the City of Darmstadt, was premiered by ensemble recherche at the Darmstadt International Summer Courses for New Music in 2006.
The Mishpatim cycle was continued in four commissioned projects: Mishpatim (Laws) III – Tslalim (Shadows), commissioned by the Aventa Ensemble and funded by the Canada Council for the Arts was performed throughout Canada in April 2010. Mishpatim (Laws) IV – Ko Amar (Thus Said) was commissioned by the SWR (German Radio) and premiered at the German Radio (SWR) by contralto Noa Frenkel, the Ensemble Surplus, and the Experimentalstudio, performed as part of the Freiburg Mehrklang Festival in May 2010. Mishpatim (Laws) Part V –Vayiru et (Also the Seed) was performed by the Meitar Ensemble, the Ensemble Surplus and the Experimentalstudio at Radialsystem and at New Music Concerts in Toronto in 2012-2013. The composition Mishpatim (Laws) VI – Bahar (On the Mountain) was commissioned by the Center for Art and Media in Karlsruhe, Germany and was performed by Noa Frenkel and members of the Ensemble Surplus in their Imatronic Festival in November 2012. In these works he employed gematria to determine parameters of computer processing and simultaneously integrated processes of computer convolution with resonant “ghost instruments.”
In the cycle, Dániel Péter Biró investigated possibilities of creating “negative spaces” via instrumental and electroacoustic resonance: this research was done at the University of Victoria and at the Experimentalstudio in Freiburg, Germany. In this time he created a series of “ghost instruments,” resonating acoustic instruments that become activated via live-electronic processing. Investigating concepts of absence and memory, he employed convolution (a procedure in which the timbral information of one instrument gets processed through the timbral information of another instrument, acoustic space or sound). Convolution processes were employed in several of Dániel Péter Biró’s compositions done in coordination with the Experimentalstudio. In HaDavar (The Word) for contralto, piano, electronics and resonant instruments, the voice sings highly specialized phonetic material, which was influenced by the composer’s research into Indonesian Qur’an recitation. In this piece, the voice is electronically convolved with piano and gong resonance, the timbres of which become “shadowed” by voice phonetics. For the composition HaDavar (The Word), completed at the Experimentalstudio, the composer was awarded the Gigahertz Prize for electronic composition by the Center for Media and Art in Karlsruhe, Germany.
The entire Mishpatim (Laws) composition cycle was completed at the Radcliffe Institute for Advanced Study in 2014-2015 and recorded at the SWR in Freiburg in Breisgau in the years 2015-2016.
More Information:
https://www.researchcatalogue.net/view/677973/677974

Dániel Péter Biró is Professor for Composition at the Grieg Academy, University of Bergen. He studied in the U.S., Hungary, Germany, Switzerland, Austria and Israel before receiving his Ph.D. from Princeton University in 2004. From 2004 -2009 he was Assistant Professor and from 2009-2018 Associate Professor for Composition and Music Theory at the University of Victoria in Victoria, BC, Canada. In 2010 he received the Gigahertz Production Prize from the ZKM-Center for Art and Media. In 2011 he was Visiting Professor at Utrecht University and in 2014-2015 Research Fellow at the Radcliffe Institute for Advanced Study, Harvard University. In 2015 he was elected to the College of New Scholars, Scientists and Artists of the Royal Society of Canada. In 2017 he was awarded a Guggenheim Fellowship. Dániel Péter Biró has been commissioned by prominent musicians, ensembles and festivals and his compositions are performed around the world.
Website: www.danielpeterbiro.ca 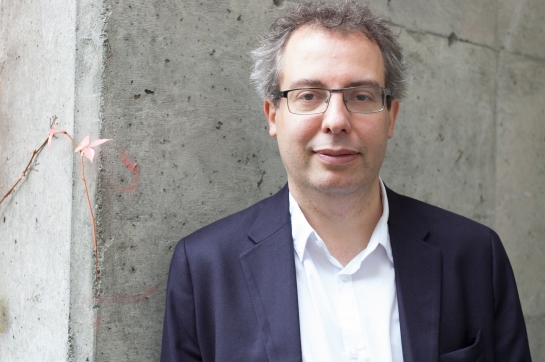